Dr. Anthony S. Fauci, the nation’s top infectious disease expert, warned Tuesday that the number of new infections in the United States could more than double to 100,000 a day if the country fails to contain the surge that is now underway in many states.

He noted that the recent sharp rise in cases, largely in the South and the West, “puts the entire country at risk.”

Dr. Fauci made the stark warning at a Senate hearing on Tuesday where health officials spoke about the need to reassure people about the safety of vaccines. Dr. Robert R. Redfield, the director of the Centers for Disease Control and Prevention, told Senate lawmakers that the agency had spent around three months developing a plan to rebuild “vaccine confidence,” an attempt to win over a large slice of Americans still hesitant about inoculation.

Skepticism of vaccines came up repeatedly at the hearing, which was framed as an update on the safety of returning to school. “I think it’s very important that we have an integrated plan for this vaccine,” Dr. Redfield told the Senate’s health and education committee, adding that the plan could be released in the coming weeks.

Senator Patty Murray, the panel’s top Democrat, implored him to speed up the work.

Dr. Fauci said that the federal government had a “community engagement program” embedded at the sites of vaccine trials to help build trust in them.

“It is a reality: a lack of trust of authority, a lack of trust in government, and a concern about vaccines in general,” Dr. Fauci said. He added that there need to be “boots on the ground,” especially near minority communities that he said “have not always been treated fairly by the government.”

Dr. Fauci also said school administrators should take into account virus activity in their areas when they consider reopening plans for the fall. And Dr. Redfield also took a pointed shot at American Airlines, expressing disappointment that the air carrier has begun selling middle seats on its flights. But vaccines appeared to be a major concern.

“Public confidence in vaccines is so important,” Dr. Hahn, the F.D.A. commissioner, said. “We have an obligation to use all of our scientific knowledge, regulatory framework to ensure that any vaccine that comes before us, whether for authorization or approval, meets our stringent standards for safety and effectiveness.”

Seven in 10 Americans have said they would get vaccines against the virus if immunizations were free and available to everyone, according to recent polling, a number that health officials fear may not be enough to achieve “herd immunity,” a term that signifies that a vast majority of a population has protection against infection. At least 70 percent will need to be immune to the virus to reach that point, according to researchers at Johns Hopkins University.

The F.D.A. took steps to try to reassure people that the sped-up process would not come at the expense of safety. Dr. Hahn announced at the hearing that the F.D.A. would release guidelines to aid in the development and production of Covid-19 vaccines, including that the vaccine be at least 50 percent more effective than a placebo to win agency approval.

There are currently more than 140 vaccines being developed against the coronavirus, and the F.D.A. will require that manufacturers prove their products are safe and effective through a clinical trial. The agency will also require manufacturers to track individuals who have been vaccinated for a year, to monitor them for any adverse reactions.

All four officials also appeared before House lawmakers last week, when Dr. Redfield warned of a potentially crippling second wave of the virus that would coincide with flu season. 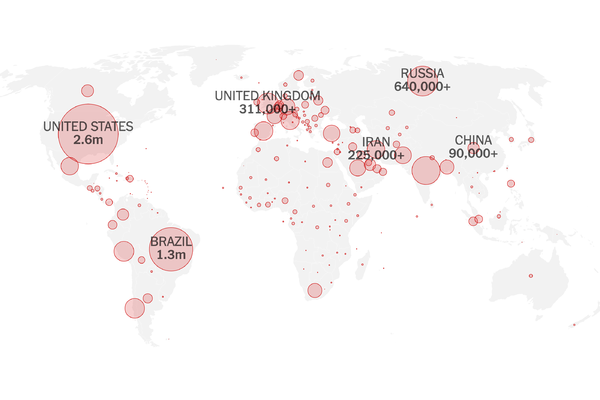